A member of the American Academy of Neurology, Dr. Patrick Edmund Matoole is among the more than 24,000 physicians who share in the prestigious organization’s mission to “promote the highest quality patient-centered neurologic care.” His interest in the field was piqued while he was in medical school, when most students are sorting out where they belong in medicine. As he comes from a line of physicians who were also involved in neurology, the choice seemed natural. Thus, in 1996, Dr. Matoole earned a Doctor of Medicine from the University of Nebraska, and four years later completed a residency in neurology at Creighton University. He now celebrates his 10th year as a physician and neurologist for JWM Neurology, P.C., where he oversees hospital coverage for patients, treats individuals with neurological disorders, and coordinates with the patient care committee.

The field of neurology is vast, as it is the component of medicine that deals with the anatomy, functions, and disorders of nerves and the nervous system. Within this broad field, Dr. Matoole possesses a depth of knowledge in the treatment of Alzheimer’s disease, epilepsy, stroke, and head injuries. In 2001, he completed a fellowship in electroencephalography and electromyography from the Indiana University School of Medicine. An electroencephalogram, also referred to as EEG, is a test that measures brain electrical activity, mostly used to obtain information that is key to the diagnosis and treatment of patients with epilepsy.

Having entered into the medical profession through the inspiration of his father, a physician, Dr. Matoole ensures that his knowledge remains current by holding memberships to several organizations, including the Indianapolis Medical Society, the Indiana State Medical Association, the American Medical Association, and AANEM. He hopes to be remembered by his peers as someone who is knowledgeable and compassionate. Crediting his successful career to his hard work and dedication, he aspires in the future to expand his current practice. When he is not busy researching new advancements in his field, he enjoys walking, swimming, and traveling. END_OF_DOCUMENT_TOKEN_TO_BE_REPLACED 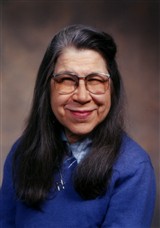 As the command center of the body, a person’s brain enables them to function on even the most basic level. So when a disorder, such as epilepsy, affects that organ, a person’s life can change forever. Epilepsy is a brain disorder that causes a person to have repeated seizures over time. Although symptoms vary from person to person, these episodes of disturbed brain activity can hold a person back, if they let them. As an individual who has lived with this disorder her entire life, Nancy Carlisle Schumacher has strived to overcome both the disorder and the stigma attached to it over the past 50 years.

Ms. Schumacher was diagnosed with epilepsy in 1940 and based on her experience, has become a mentor to those who encounter the same struggles she did. She has written and published five books on neurological disorders, including “Unraveling the Spider’s Net: A Family’s Struggle with Epilepsy, Parkinson’s Disease, and Depression,” “Epilepsy: A Personal Approach,” and “The Swallow’s Flight: Tales of Persons with Misunderstood Neurological Disorders.” She has also presented 24 medical papers in Europe and China since 1985. Ms. Schumacher earned a master’s degree in psychology in 2009 from the University of Phoenix and is pursuing a Ph.D. in Psychology, with a concentration in health and wellness, from the University of the Rockies. An advocate for social change, she plans to focus her doctoral thesis on uncovering hidden disorders through social change.

A Texas native, Ms. Schumacher lived in many different parts of the United States while her husband served in the Navy, including Hawaii, California, Minnesota, and Connecticut. While spreading awareness of epilepsy and how to deal with it has been her main focus throughout her life, she has also served as an assistant art teacher, art teacher, and accountant. Prior to earning a master’s in psychology, she received a Bachelor of Arts in Education from Texas Woman’s University and a Bachelor of Fine Arts from Southern Connecticut State University. She currently uses her talents as an artist and author to benefit her business, Carlisle’s Classics, and spends her free time selling Mary Kay products. In the future, she plans to continue to write. END_OF_DOCUMENT_TOKEN_TO_BE_REPLACED

Who's Who Lifetime Achievement

A Who's Who roster of prestigious Lifetime Achievement inductees

The leading source for prominent lawyers in the Worldwide community.

The leading source for notable executives in the Worldwide community.

The leading source for prominent health professionals in the Worldwide community.

The leading source for distinguished public servants in the Worldwide community.

The leading source for skilled engineers in the Worldwide community.

The leading source for prominent physicians in the Worldwide community.

The leading source for prominent nurses in the Worldwide community.

The premier source for prominent and successful female leaders.

Deciphering fact from fiction: Providing corporate transparency for our members

The leading source for prominent educators in the Worldwide community.

The leading source for talented artists in the Worldwide community.